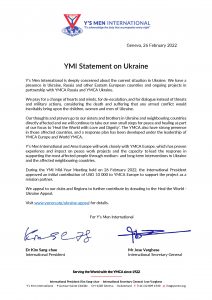 Y’s Men International is deeply concerned about the current situation in Ukraine. We have a presence in Ukraine, Russia and other Eastern European countries and ongoing projects in partnership with YMCA Russia and YMCA Ukraine.

We pray for a change of hearts and minds, for de-escalation, and for dialogue instead of threats and military actions, considering the death and suffering that any armed conflict would inevitably bring upon the children, women and men of Ukraine.

Our thoughts and prayers go to our sisters and brothers in Ukraine and neighbouring countries directly affected and we will continue to take our own small steps for peace and healing as part of our focus to ‘Heal the World with Love and Dignity’. The YMCA also have strong presence in those affected countries, and a response plan has been developed under the leadership of YMCA Europe and World YMCA. 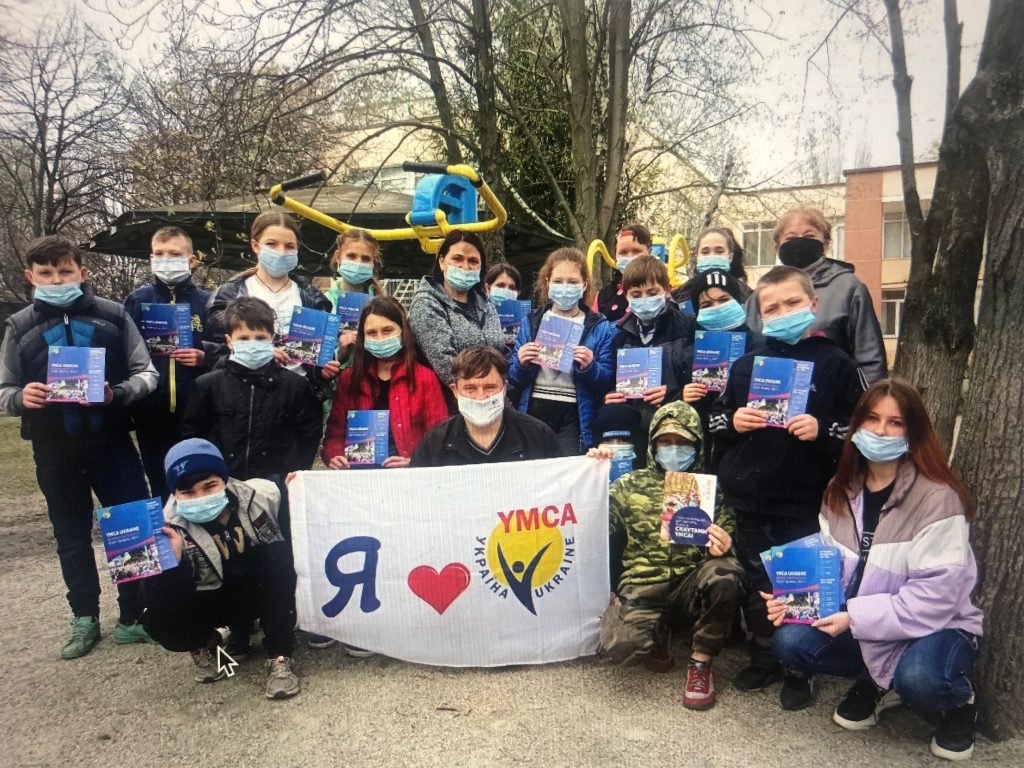 Y’s Men International and Area Europe will work closely with YMCA Europe, which has proven experience and impact on peace work projects and the capacity to lead the response in supporting the most affected people through medium- and long-term interventions in Ukraine and the affected neighbouring countries.

During the YMI Mid-Year Meeting held on 26 February 2022, the International President approved an initial contribution of USD 10,000 to YMCA Europe to support the project as a mission partner.

We appeal to our clubs and Regions to further contribute by donating to the Heal the World – Ukraine Appeal.

Donate to the Ukraine Appeal

Clearly state that the reason for payment is
‘Ukraine Appeal’