Home / About Us / Our History

Founded in Toledo, Ohio, USA in 1922 to support a local YMCA, Y’s Men International is now oriented to serving the worldwide YMCA, the largest non-governmental youth organisation, and through it the communities in which it is present throughout the world. Since the YMCA is usually known as “the Y” in the USA, and as the Y’s Men movement started there as a club of “men of and for the Y”, it was named the “Y’s Men’s Club”. 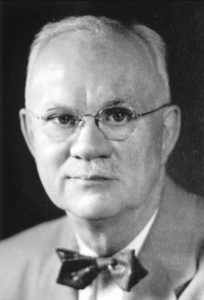 Judge Paul William Alexander (pictured) was the founder of the first club together with a group of other young men. However, today women are also full members of our movement and family participation is encouraged in numerous activities. Since 1995 local affiliated clubs wishing to emphasise this openness can choose to call themselves “Y’s Men and Women’s Clubs” or “Y Service Clubs”. Members are known as Y’s Men or Y’s Women.