ASF started in 1954, at the Y’s Men’s International Convention in Lansing, Michigan. Money had been collected to have a famous painter do a portrait of Judge Paul. He felt it was a waste, but agreed to sit for a renowned photographer at a lesser cost. Left-over monies amounting to about US$ 900 started this programme of Y’s Men International.

ASF at first was administered centrally through the International Service Director (ISD) on the recommendations received from Area Service Directors (ASDs). Later the administration of the Fund shifted to the Areas. Each Area is expected to raise its own funds to meet the various requests from candidates who satisfy the conditions established by the Area. This also places the onus on each Area to raise sufficient funds in order to meet the ever-increasing number of requests from candidates. 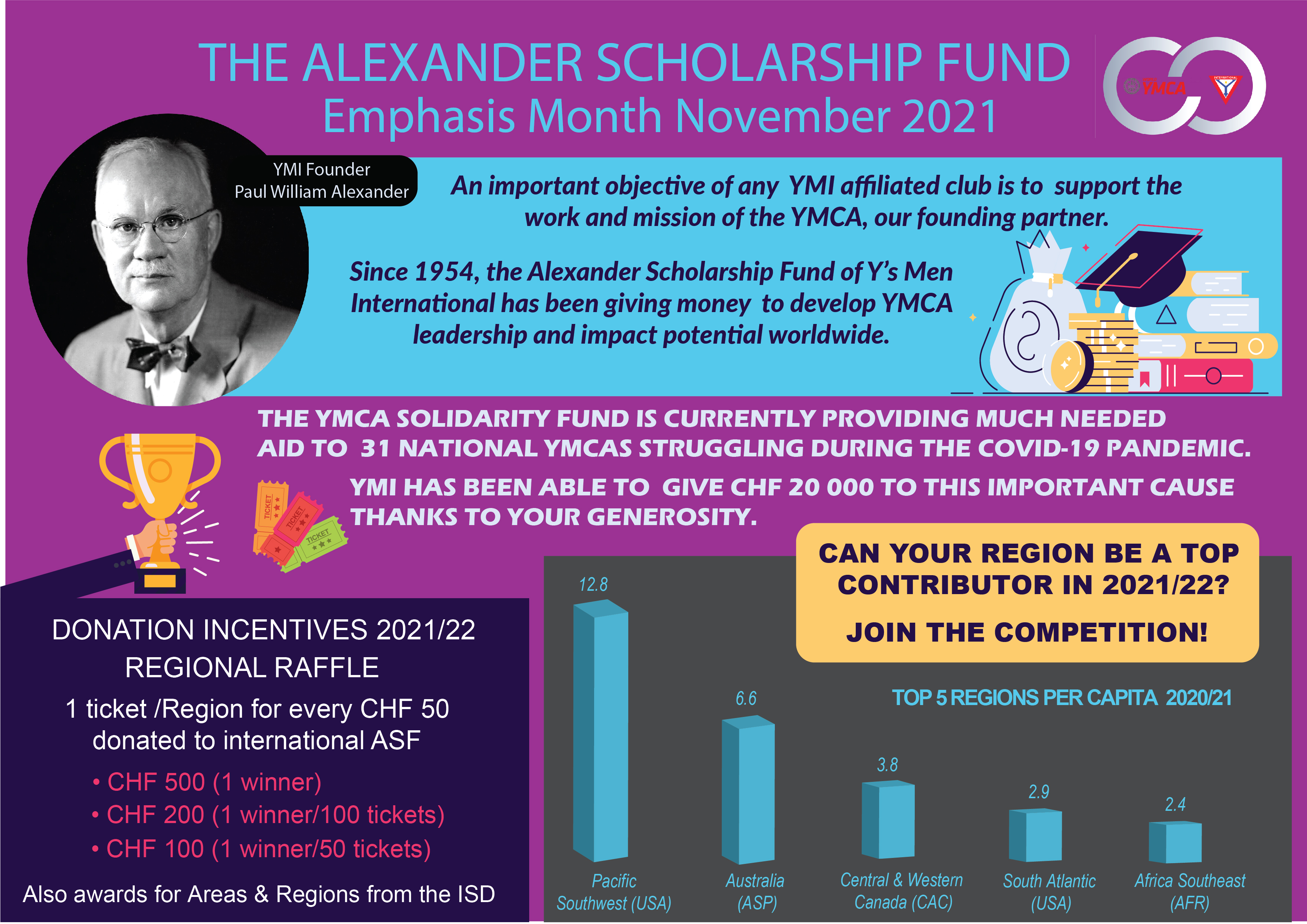 Areas have set a total fundraising target of CHF 13,800 for this year, a strong signal of support for our YMCA partner.

The purpose of ASF is to promote the training of YMCA staff and/or those seeking to become YMCA staff members. Its aim is to alleviate the desperate shortage of YMCA professionals by;

(a) Encouraging young people in the various countries to take on this responsibility and
(b) Making financial contributions towards their training.

Who Benefits from ASF?

70% of all money collected is retained at the local level (country or Region) and the remaining 30% is passed on to IHQ for allocation at international level. Since 1996, ASF international grants are no longer given to individuals but to the YMCA Area organisations for training purposes as they think fit.

Each Club is urged to promote some fund-raising project specifically for ASF. Some clubs take money from their general project funds.

Regional Conventions sponsor special activities or projects to bring in money. Fines are a fun source of income. Districts may celebrate an ASF DAY together with some money raising activity.