The Harry M. Ballantyne Award of Merit has been described by the 1968 report of the Awards Study Committee as the “highest honour awarded by Y’s Men”. It developed when Harry M. Ballantyne, retired General Secretary of the Canadian National Council and a loyal supporter of the Y’s Men’s Movement from the beginning, generously offered to bestow an award to be given from time to time to some especially deserving friend of Y’sdom, “who over a long period had rendered service of special value and helpfulness to the Y’s Men’s Movement.

The Ballantyne Award recipient receives a certificate and a medallion. 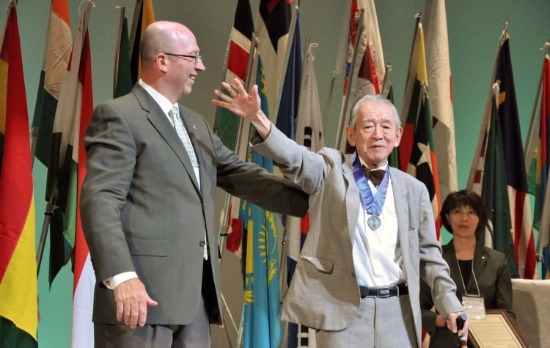 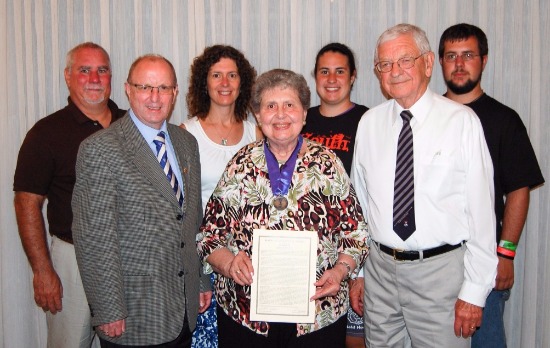 The background of this award is quoted below, from the Minutes of the Board of Directors Meeting and Convention Business Session of the 33rd International Convention in Toronto, Ontario, Canada, July 25 to August 1, 1957.

‘Harry M. Ballantyne, retired General Secretary of the Canadian National Council, has most generously and graciously suggested that he would like to bestow and award of some sort to be given from time to time to some especially deserving friend of Y’sdom; and that we name the terms and conditions.

‘Your committee recommends the acceptance of Mr. Ballantyne’s kind offer and suggests that the award follow the general plan of the American Bar Association Award of Merit, a small medal given from time to time – not every year – to some distinguished lawyer who has rendered long and outstanding service to or through the legal profession.

‘We suggest the Ballantyne Award copy the A.B.A. name “Award of Merit”, that it be an inexpensive medal or some plaque or whatever the donor prefers; that the recipient be selected from time to time – but never more often than once a year – by a small board of judges consisting of the Executive Committee and any additional Y’s Men they may call upon; that the principal qualifying prerequisite of the recipient be that he shall be an individual – perhaps a professional YMCA workers, active or retired – perhaps a layman, who has over a long period rendered service of special value and helpfulness to the Y’s Men’s Movement.’